The History of Thermocouple Assemblies

Thermocouples were invented in 1821 by Thomas Seebeck after he discovered what would come to called the “Seebeck effect.” In short, he discovered that when you put two different metal types together at both ends and apply heat where they meet, a small electric current will flow through the circuit. 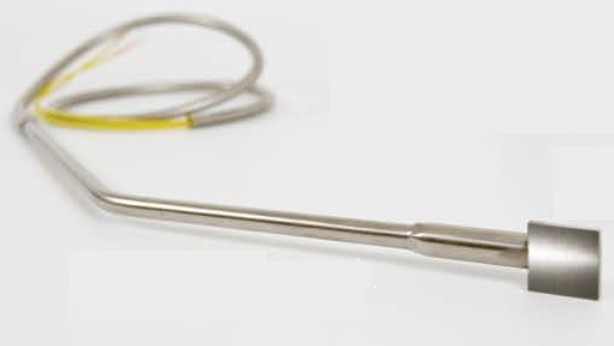 Other well-known scientists, such as Michael Faraday and Georg Ohm, conducted experiments using the Seebeck effect. These experiments, conducted in the 1820s, helped further physicists’ understanding of it. In 1826, A.C. Becquerel published a study in Paris, suggesting that scientists used Seebeck’s effect to measure high temperature. This was the first recorded suggestion of this kind.

Then, in the 1830s, Italian physicist Leopoldo Nobili, together with his colleague Macedonio Melloni, created a thermoelectric battery. They called this battery a thermo-multiplication battery, or thermo-multiplier for short. The invention of this battery eventually leads to the development of the modern thermocouple. Because of this, Nobili is referred to by some people as the father of the thermocouple.

Other experts, though, say that Henry Le Chatelier, not Nobili, is the father of the thermocouple. In the late 1800s, he built the first rhodium-platinum and platinum wire thermocouple. Around the same time, American chemists and engineers with thermocoupling. One such American, Dr. Carl Barus, who, among other revelations, established the linear relation between couples. His work focused on temperature measurement for the United States Geological Survey.

After much research, manufacturers began making thermocouples in the early 1900s. Over time, with the advancement of technology, they’ve only become more relevant to our world. Modern thermocouple assemblies are exceptionally precise and versatile.

To complement this, they make thermocouples with one of three junction types: grounded, ungrounded or exposed. For the fastest response and reading time, they assign thermocouples with exposed junctions. An exposed junction protrudes beyond the sheath so that it is directly exposed to the environment around it. However, this method is only viable in non-pressurized and non-corrosive environments.

For instance, thermocouple wires with very thin walls have a narrower temperature range capacity than those with thicker wires. So, if an application calls for a broader temperature range, its thermocouple must have thicker wire walls. For a surface application, manufacturers can use flat wires. In addition, different metal materials respond differently to environmental factors like mechanical vibrations, abrasions or chemical exposure; these factors must be taken into account when fashioning a thermocouple. In addition, if a thermocouple is being installed into a pre-existing system, manufacturers must design it for compatibility.

A basic thermocouple consists of two metals connected at their bases and connected again at their tips with a bead.

Usually, multiple thermocouples work together to gather information that will commute a larger measurement. Often, this information is connected to automated computer technology that quickly and accurately converts into digital form for further analysis. Similarly, many thermocouples are accompanied by thermocouple wires or thermowells, which are accessories that remove them from the damaging influence of heat, while extending their reach.

In addition to these thermocouple groupings, there are many others, defined in various ways, such as by sensitivity levels. Type B thermocouples, for example, are known for their low sensitivity.

Type K Thermocouple
The most universal thermocouple type is the Type K thermocouple, which consists of two alloy wires, alumel (aluminum and nickel) and chromel (chromium and nickel). Type K’s have a high temperature resistance to be used with everyday devices.

Type N Thermocouple
Type N thermocouples are made up of Nicrosil (a nickel alloy with 14.4% chromium) and Nisil (an alloy that is 95.5% nickel and 4.4% silicon, with trace amounts of magnesium). Stable and oxidation resistant, it works best at temperatures between −270°C and 1300°C. They are designed to overcome the following sources of thermoelectric instability: gradual/cumulative thermal EMF drift, short-term cyclic changes in thermal EMF on heating (in temperatures between approx. 250°C and 650°C), and time-independent perturbation in thermal EMF.

Type R Thermocouple
Type R thermocouples are formed with paired 13% rhodium and platinum. They work in temperature environments ranging from 0°C to 1428°C.

Type T Thermocouple
Type T thermocouples are base metal thermocouples that are usually made from a combination of copper and constantan. They can measure temperatures under 1000°C and are therefore common for use in cryogenics or ultra-low temperature freezers. Commonly, they’re composed of tin, nickel, copper, aluminum or lead. They measure

Type C Thermocouple
Type C refractory metal thermocouples are named after refractory metals, which are coated in material with a high melting pointing. Handling temperatures above 2600°C, they have the highest heat resistance.

Type E Thermocouple
Type E thermocouples are composed from paired Nickel-Constantan and Nickel-Chromium. It is used with applications that require extra high accuracy.

Alternatives to thermocouples include thermistors and resistance temperature detectors (RTDs). Both of these devices use the electrical resistance of certain metals to measure temperature change.

RTD Sensor
For higher temperatures, RTDs are a much better choice; they accurately (within +0.5%) measure temperatures between -200℃ and 800℃. While RTDs tend to have produce tighter accuracies than thermocouple assemblies, thermocouples have a much higher heat capacity and are much less expensive to make and use. Thermocouple and RTD assemblies are both valuable, but thermocouples are the most popular temperature measurement system because they are simply constructed, easily installed and inexpensive. In addition, they boast short response times, good readability, wide temperature ranges and more application options than thermistors and RTDs.

Thermocouple wires, also known as extension wires, and thermowells are used to 1) isolate the thermocouple device from potentially harmful heat sources and 2) extend the thermocouple’s reach. Temperature transmitters discharge signals to remote sensing instruments via copper wires. They increase thermocouple assembly efficiency. Thermocouple connectors are alternatives to conventional terminations; they are fast and efficient. Finally, isothermal blocks are covers placed inside enclosures to make sure that junctions with different temperatures stay separate and maintain their respective temperatures.

In order to keep your thermocouple assemblies up and running, you need to regularly check your system for contamination in the form of: corrosion, oxidation, pollutants or other foreign bodies. If you do not remove pollutants, they can easily cause your system to give you inaccurate readings. Some pollutants can even react with your assembly wires are cause them to corrode or otherwise change.

You also need to watch out for something called the “Green Rotting Effect.” This is an event that takes place if and when a Type K assembly is pushed too far and generates thermoelectric voltage. The voltage causes the assembly to become extremely overheated. Eventually, with enough heat, the chromium section oxidizes and changes its form. Finally, the thermocouple bonding is destroyed completely and the wire becomes covered in a layer of green. Avoid the Green Rotting Effect by closely monitoring your system and making sure your thermocouples are never heated beyond the temperatures for which they are designed.

When you’re looking for a thermocouple assembly, you need a high-quality manufacturer. While working with a subpar supplier may save you money in the short run, it will almost certain cost you more in the long run. Avoid the pitfalls associated with a bad manufacturer by checking out the thermocouple assembly manufacturers we have listed on this site. Those we have listed are proven industry leaders with excellent track records. When you’re ready, take some time and check out their profiles, which we have sandwiched in between this information. As you browse, keep in mind your specifications. Think about which manufacturers may best be able to fulfill your request, then pick out three or four from whom you’d like to get a quote. Talk to each of them, comparing and contrasting their services, prices, lead times and delivery services. Choose the one in whom you feel most confident, and get started. Good luck!